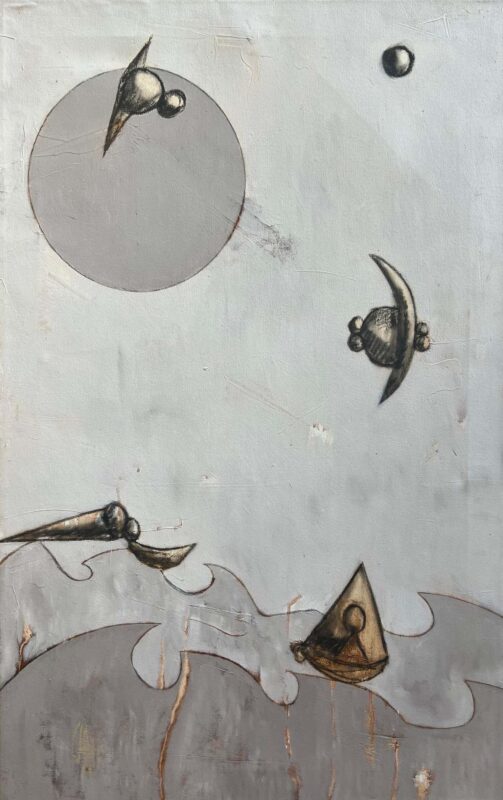 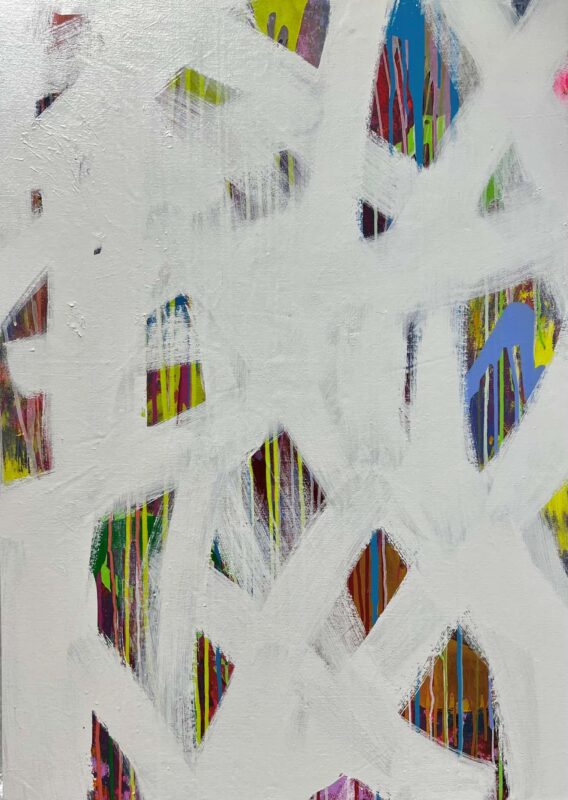 As an undergraduate Christina Major developed into a portrait painter. Major has been interested in the ways the identity of both artist and subject can coexist in a portrait. Major also has a desire to combine portrait painting with writing (inspired from her Graphic Design studies) as well as to develop methods of using paint to express a merging of herself with the individual depicted in the portrait. Her creative research focuses on the traditional form of the portrait as a powerful form of representing an individual and how meaning can be expanded through scale, brushstroke, color, texture, composition and the many variables that portraiture deals with.

Major looks to expand on the traditional portrait painting by cataloguing her memories and thoughts along with the thoughts of the subject by painting under, into and over the subject in her handwriting. Majors “hand” is visible both in the brushstroke and in the cursive writing, preserving her identity in a “readable” way both literally and through graphology, or handwriting analysis.

The paintings are done primarily in oil on canvas grounds prepared with gesso and stretched. They are generally of monumental size ranging from 48” to 96” in each dimension. Major wants the portraits to feel overwhelming and have a “larger-than-life” presence that cannot be ignored. The large scale also supports her in creating a different “reading” of the painting depending on the viewing distance. Areas read quite abstractly when viewed up close and the emphasis appears to be brush stroke, dabs of color with energy and texture that is related to the form of the cursive text. From a further viewing point, the image coalesces from the fragmented strokes and layers of writing drawing focus to the likeness of the subject painted.