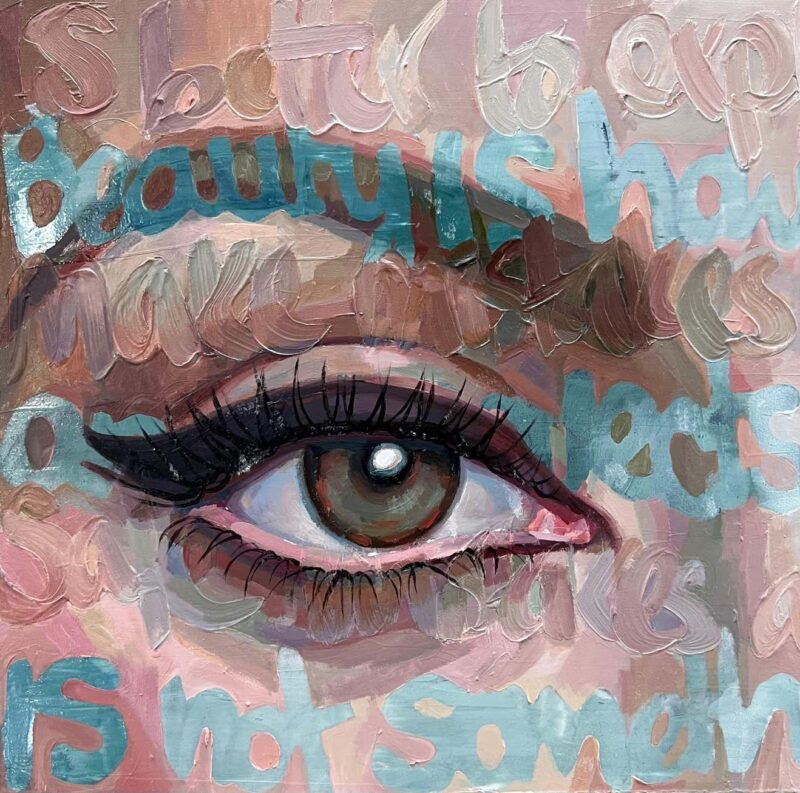 Maximo Caminero, born 1962 Dominican Republic. After years of paintings of landscapes and human forms, in 1989 he discovered the infinite universe of the forms in modern art. His anthropological search began with his Dominican roots. The Taino’s, (indigenous inhabitants of the Caribbean islands) inspired his work from the beginning of his artistic journey.

A few decades later, Caminero’s transition resonates in the present with a modern optic and opened to new discoveries. Contemplative by nature and after many years of reflections he asked questions such as: “Why we are here?” “Is there purpose in life?” “What’s the meaning of this road?”

Ahead, Caminero found the sacred geometry that he discovered during an Ayahuaska ceremony by getting in better contact with the universe. Since then, Caminero realized that all forms that his paintings had, containing the mystery of another and parallel world that it’s surrounding us constantly. He says, “When I paint, I’m capturing forms of that invisible dimension which I believe contain a lot of information about our destiny; nothing is casual, everything is pre-written in our lives.”

Vigorously backed by the art media and several prestigious critics. His works have been auctioned at prestigious houses in America and acquired by nine museums. In 2014, Caminero made global news when in a spontaneous protest, he smashed a vase which had been a part of an Ai Weiwei exhibition at The Perez Art Museum, Miami. This action, still hotly discussed in the annals of art and legal history, represented Caminero’s outcry for the lack of local artists represented by that museum and throughout Miami in general. This act, however one chooses to interpret it, has secured him a place in art history.